This morning I woke up feeling really good.  I made pancakes for breakfast and while I was eating my husband says, “Anybody want to go for a ride?  Babe?”  Well darn.  I thought I’d have another day or so to work up my courage.  No such luck.  But, one of the New Year’s Resolutions that I have already made is Live Each Day to the Fullest and I did say I would.  So, without telling him I headed to our bedroom to find my bibs and get ready for a day in the snow. I was still nervous.  I still really didn’t want to head out there.  But, I knew that once I got going and got my head out of the way I would have fun, and it would mean a lot to Rod if I went.  I am lucky that he still enjoys spending time with me…maybe it is just for the comic relief, but I doubt that is all of it.

I have no idea where we went exactly.  All I know is that is snowed all day long.  Sometimes it snowed a lot, and sometimes it snowed a little.  I know that I got to shoot some awesome pictures and I know that Rod made me push my comfort zone.  He always does.  I guess he thinks I can do much more than I think I can do.  Boy, he can make me so mad at times.  He will push me to do something and then when I do it he will say: “See, I told you you could do it.”  Darn man.  But, it is good in a way no matter how irritating it is.  He makes me do things that I thought I couldn’t.  He believes in me.  I sure do love that irritating man of mine.

There were times today when I could not see the trail because everything was white.  During that stretch there were signs that said, “Stay on Trail” everywhere…that would have been good if I could see the trail!  Other times we were on logging roads where no one had been.  We were the first to blaze the trail.  On those roads the snow was soft and deep and the woods were quiet as the snow fell all around us.  That was probably the prettiest riding.

All in all, I think the best part of the day was watching Rod and Sterling just playing in the snow.  Watching them whip their machines through the drifts and watching them race across fields.  Spending time with them doing something out of my comfort range but something that I know that they enjoy.  Spending time with them.  I thoroughly enjoyed my day and plan on doing it again before we leave…just don’t tell Rod yet 🙂

I hope that each of you had as good a day as I did.  Before I leave, here are a couple shots from today.  Talk to you again soon. 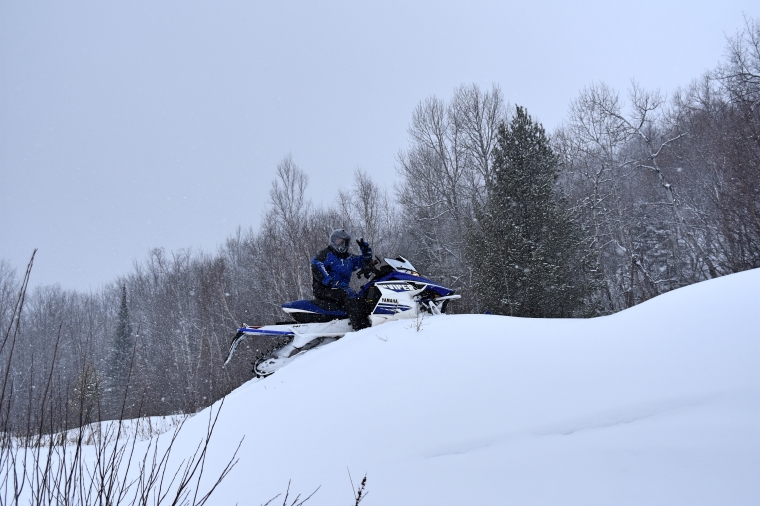 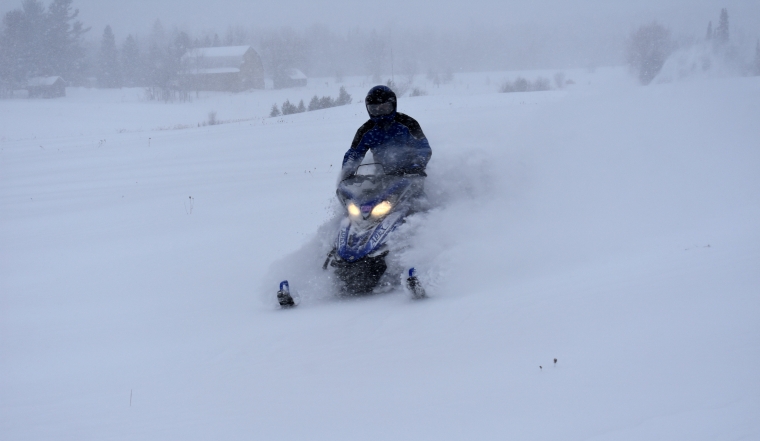