Yesterday was a lazy day.  We are currently under a lake effect snow advisory and it was really snowing yesterday.  And cold!  So, we stayed home and watched movies. It was a nice relaxing day.   This morning, Rod decided he had to wake up early so that we could go out.  Ok.  I don’t really like the cold, but I thought it should be okay, I mean we have really warm clothes.  So far this trip I think I had about 300 miles of riding under my belt.  Not too bad for a novice I thought.  And, it has been more fun than I thought it would be, so I got up and got dressed with a few reservations about the cold.

Starting out was good, but it quickly became apparent that this was a total different kind of riding.  We had gotten over 2 feet of fresh powder and riding in that was totally different than anything I had done yet.  I can’t explain it to you really other than to say that it is like riding a 600 pound machine through shifting sands.  The machine is really all motor and power and you have to at least understand the basics of what to do with it.  Fresh powder can suck you in before you know it and then you are stuck.  And let me tell you, getting stuck in the snow is NO fun.  If you get stuck, hopefully you have someone there to help you, because you have to dig, and possibly lift.  It is a lot of work and my guys got stuck a total of 14 times between them.  I didn’t help dig them all, but I did have to help dig quite a few.  That was so tiring and you get hot, but you can’t take clothes off because it is so cold.  So, there were times I was huffing and puffing and digging only to have to dig 10 feet later.  I guess Rod thought I needed exercise or something.

Finally we got everyone unstuck and we ran into some other riders who were nearly out of fuel.  Not sure what they were thinking because they were miles from anywhere and almost out of fuel.  Rod broke the trail for them so they would use less fuel, since there was no trail as of yet.  Now keep in mind that Sterling and I can barely see.  Our visors had iced up and we were running with them either open or cracked.  I couldn’t keep it all the way open because the snow was hitting me in my eyes.  By the time we got to the main trail and sent the other riders on their way my eyelashes were frozen.  I was worried about Sterling, who was riding with his visor open.  As I checked him over I found out that he had 1st degree frostbite on his ears, part of each ear was white.  It was time for action, I had to get those ears warmed up.  I made him put a stocking cap on under his helmet and we headed toward home.

After a warm up stop at a bar we were heading down the trail and Rod decided to ride the sled I had been riding all day.  I must say, his sled is a pretty good ride, it handles better than the one I had been riding.  At any rate, further down the trail I see Rod pulled off to the side…the belt had exploded.  Not just broke, it was decimated.  So, we had to fix that out there.  I am telling you, it was a day.

We may have only put on 65 miles today, but they were hard miles.  Today was definitely an adventure.  In fact, at one rest stop Rod looked at us and said, “The adventures our family gets into.”  As cold as it was, it was some of the prettiest riding we have had and it was the most adventure-filled day.  Now we are home and safe and I have awesome pictures and even better memories.  Spencer stayed at home, but that is par for the course right now.  He missed an amazing day.

I hope each one of you had an equally adventure filled day, or at least a memorable one.  I hope you each made one good memory today; I made many with my guys.  Until next time, here are a couple of photos from today.  Talk to you again soon! 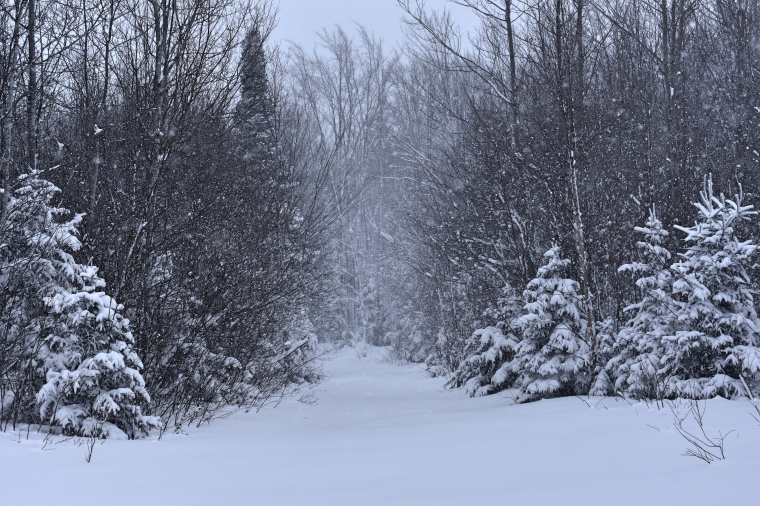 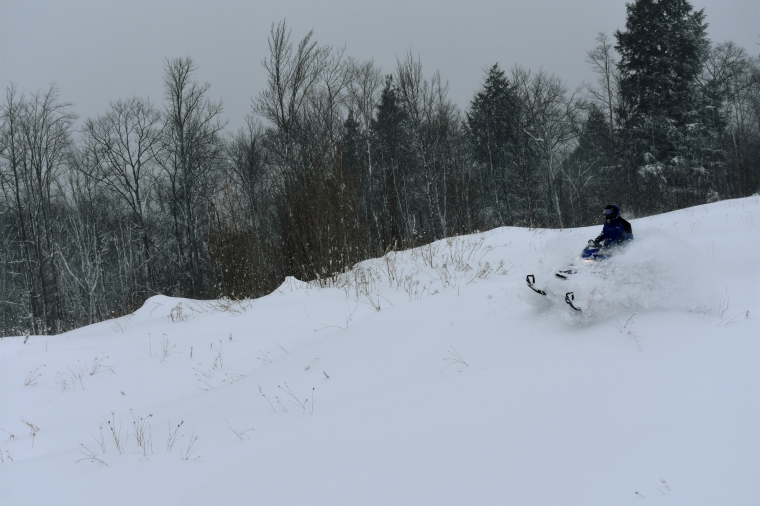